The Top 10 Most Successful Race Horses 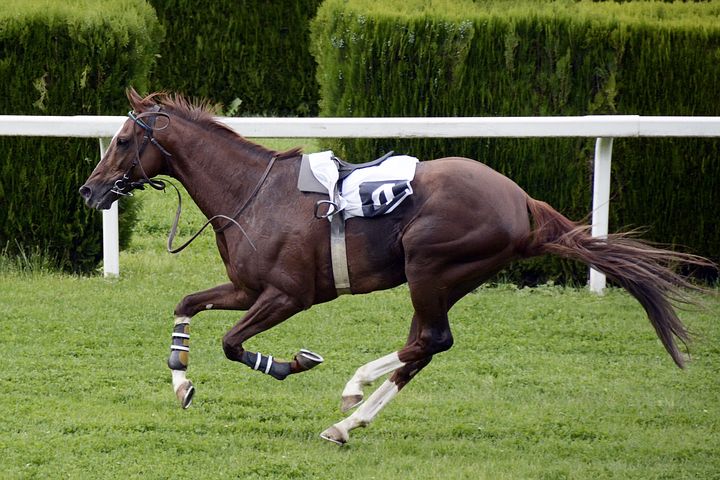 Every day people chance their luck by placing large amounts of money on famous horses purely based on genetics, winning streaks and some because they have too much money to know what to do with!

As I discussed in the previous article, expensive horses don’t necessarily guarantee big money wins. In fact, the majority of them didn’t live up to their price tags!

Win or lose, gamblers know that this is part of the harsh betting industry. This is the most cut-throat betting industry in the world, as horses are temperamental, they age, they dip in-and-out of form and most importantly, we cannot necessarily control them. Unlike racing cars, where you’re given the specifications on the type of engine, performance, handling etc, in horse racing, you simply bet on current form and hope for the best.

With that being said, here are the top 10 most successful race horses of all time. These have been ranked by win rate, titles and other ideals that make them legends in the racing industry.

Growing up to the age of 28 – which is very good for a horse – and still performing, Slew was and will be remembered as one a legend in the horse racing industry. He influenced the training and breeding of other horses and also served as a great inspiration to horse trainers also by the legacy he left behind.

Stallions are obviously widely renowned for being more successful racehorses due to their build and genetics. Zenyatta however, dealt this stereotype a blow with her strength and determination. Dubbed as “The Queen of Race horses” she won 19 consecutive races in a 20-race career, also winning numerous ‘Horse of the Year’ awards and several honours. In her retirement, she enjoys motherhood with foals to her name.

Citation was the greatest and of of the best race horses of all time. This old timer makes the list as he was the most recognised race horse during the 1940’s era. This horse was a fan favourite and lived up to racing expectations on several occasions. At his starting stages, he won 14 of 16 starts and became a 2-year-old champion and landed the fourth Triple Crown of the 40’s. He is a 16 all time race winner and this is what makes him a legend and grants him 8th on my list.

Starting her career back in the 70’s where horse racing and other similar industries were booming. Despite being incredibly successful for many years, once she reached what many would call her ‘twilight years’ she began losing her commonly known stride that everyone placed their bets on. During a race at Belmont Park, she fell to an injury concerning her forefront bones and had to seek emergency medical help. The movie Ruffian is based on her glorious career and tragic injury.

This is a horse of royalty, which represents one of the best in the field. Costing $210,000 (which isn’t that much in comparison to others!) this horse lived up to its price tag and even out-performed others that cost millions more! This particular horse was one of the best and most successful horses of all time. Winning 25 races out of 25 in the midst of her career, this was an incredible achievement. Black Caviar retired in 2013 where she is currently enjoying life as a breeder.

A horse raised by Prince Khalid Abdullah, who was an owner of Juddmonte farms. One of these farms was home to Frankel, who is valued at a gargantuan $150 million and even has a bronze statue that the Queen of England unveiled herself. When you think of the word ‘thoroughbred’ Frankel should be the first name you think of.

When a horse becomes a film you know it’s a famous horse. Being a leading money winner in 1937, this is yet another horse that was adored by fans and gambled on by many. Seabiscuit is obviously known for his success, though the reason why so many remember this horse was due to his integrity, determination and spirit. Failing, getting back up and giving his competitors a duel finish was the main reason why people loved this horse so much.

Considered as a God of War, or a Spartan this horse emerged victorious 16 times, coming out second three times and a third only once, this was one impressive horse. He generated a total of $1,316,808 during is career, which is incredible. Secretariat also hit a record timing around a track which makes his title of Spartan and God of War even more applicable.

Similar name to the aforementioned Secretariat, this was an incredibly powerful horse. This was one of the older horses on the list and makes it in at #2 due to the fact that he was part of a thoroughbred heritage that dominated the very early 1900s. His life began in 1917 just when the industrial revolution was peaking and other major events were impacting the world. This was a hardened horse that succeeded during one of the most recognised and cut-throat eras of human history.

Who? You might ask and rightly so as Phar Lap was around before television! Whilst Frankel is more of a contemporary billionaire’s treasures, Phar Lap cemented himself in history with several first place wins and other glorious achievements such as having a winning streak of 37 out of 51 starts.

Phar Lap met his untimely demise in 1932 and his death is still a mystery. Rumours circulated around his death and the most common one was that the Mafia poisoned him who feared they’d go out of business due to the horse’s constant winning streak.  Phar Lap’s 19lb heart can be found preserved inside the National Museum of Canberra as well as his skeleton which is held within the Dominion Museum. A wonderful horse that truly earns my number one spot.

Are there any horses that I’ve missed out that you thought could have made the list? Let me know in the comments below!