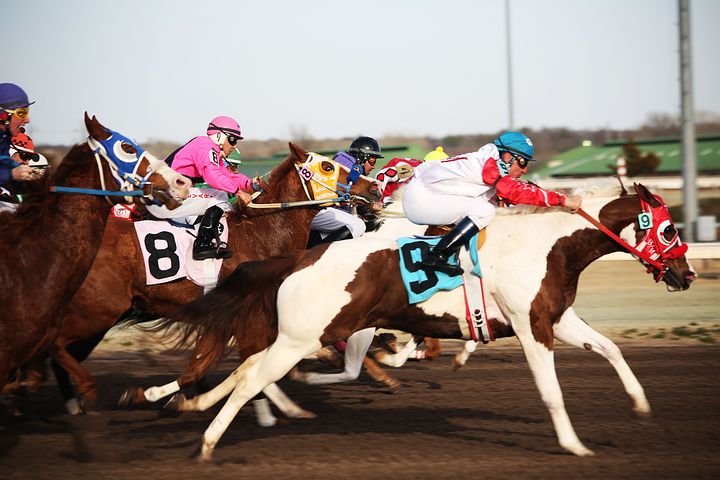 The equestrian world is one of the most competitive and lucrative in all sports.

The sports that horses compete in, in short, can make you a lot of money. Beyond the sport, breeding programmes are also likely to make you money.

With this in mind, I’ve conducted a list of the top ten most expensive horses to be bought, why they were sold for much and what happened afterwards!

Plavius was bought back on 2006 by Godolphin Racing. At the time, he was owned by the Vice President of the United Arab Emirates, though Plavius never lived up to his expectations. The now 11-year-old Gelding has a career record of 18 starts, 2 wins, 3 places, 2 shows and has earned over $50,000.

Born in Kentucky in 2004 and sold to Godolphin Racing, the American thoroughbred makes number 9 on our rich list. Bought in the same year as Plavius, Jalil made his highly-touted racing debut at just two years old finishing 6th place. Despite retiring in 2008, Jalil won the Maktoum Challenge Stakes and ended his career with a rough earning of $327,000.

Once upon a time this horse was the most expensive horse ever sold. Dancer was sold for a hefty 10.2 million to Aston Upthorpe Stud, a breeding company owned by the Emir of Dubai. Aston seemed to justify the price due to the fact that Dancer was a descendent of Northern Dancer, the most prolific stud horse of all time. Unfortunately, this was not to be, as Snaafi Dancer never actually raced, in fact, he was branded ‘too slow to even bother.’ Once he retired, it was also discovered that he had fertility problems, thus making his breeding capabilities almost useless.

Again, I find myself referencing the purchases of the Emir of Dubai. Meydan City was sold at auction in 2006 for 11.7 million. Like the aforementioned horses, Meydan City failed to live up to his expectations, having yet to win a race in his first seven attempts. Meydan City earnt a grand total of $1,360 in his whole career.

Seattle Dancer once held the world record for the most expensive yearling ever sold at auction. With his lineage coming from the 1971 British Triple Crown-winning horse Nijinsky, a heap of expectation was thrown onto his back. All in all, he had a modest racing career, winning two races. He was more profitable as breeding horse after retirement, father 37 different stakes-winning horses, earning a total of $181,808 in his lifetime.

Palloubet was the most expensive show jumping horse ever sold. Palloubet’s former rider Janika Spunger was the main reason why the horse was so expensive. Palloubet was sold at age ten to the Dutch Olympic Gold Medallist Jan Tops for a hefty $15 million to compete for Qatar.

Currently the horse who holds the most expensive thoroughbred colt sold at auction. The Green Monkey is yet another descendant of the widely known Northern Dancer. Big things were expected of this horse and unfortunately, The Green Monkey was an awful failure. He only competed in three races before retiring and finishing a measly third at best. His total career earnings mustered up to a poor $10,440. He now lives in Florida as a stud.

A dressage horse, and the most expensive one ever sold. Totilas lives up to the hefty price tag unlike a few of the aforementioned horses. He is considered the most outstanding dressage horse in the world, breaking countless records for points during competition, formerly holding the Grand Prix Freestyle Dressage world record and is the only Dressage horse in the world to score above 90 in a competition. After being sold to German ownership in 2011, Totilas hads not being living up to his potential and has also been injured. Most alarmingly, there have been allegations of animal abuse and cruelty aimed towards the German owners and trainers.

As a racehorse, Dancer performed modestly well, starting 5 races and boasting a 3-1-0 record and earning over $245,000. The Emir of Dubai bought him for $40 million in 1983, and went on to have a very successful career as a sire, breeding horses whose combined winnings exceeded over $2 million, as well as being the damsire of wining horse Dubai Millennium.

This is the most expensive horse veer sold. Pegasus was a considerable racehorse. He won the Kentucky Derby in 200 and finishing his career with nine starts, six wins and two losses. The most impressive stat is that Pgasus won over $1994,000 during his career. After retiring from racing, Pegasus became the most wanted horse for breeding since Shareef Dancer. Sold to Coolmore Stud, an Irish breeder for $70 million, though wasn’t too successful as a breeding horse. Pegasus now resides in Kentucky with a stud fee of $7,000.

This was my top 10 list of the most expensive horses! Have I missed any out? Do let me know in the comments below!