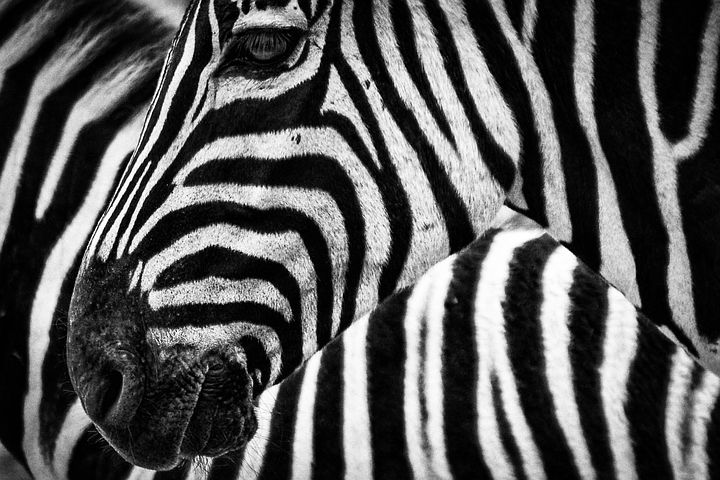 While it is possible to ‘mount’ and ride a zebra, you cannot actually domesticate a zebra.

Sure, there are videos of people who’ve apparently domesticated everything from a cockroach to a 9ft grizzly bear but there is a difference between domesticating and taming. “But, zebras are just horses with stripes, right? So why don’t we ride them around like Seabiscuit or the neighbour’s dog?”

So, an animal that’s domesticated is actually a member of a species that has been modified from its brethren in the wild by human intervention. This is through selective breeding and making specifies dependent on us for the food supply, we make them pretty much compliant to pretty much what ever a human want them to do. Whether it’s to pull a cart or to prance around at the Olympics, whatever. Domestication means we’ve taken a wild species and made it utterly and completely tame as a species. In short, to domesticate a species is to make it better for us (humans), whereas to tame is a matter of learning and the process must be repeated laboriously after each generation.

With me so far?

Now that you understand domestication through that lens, it’s not actually that surprising that we don’t have more domestic species. We humans have 5 key animals we have come to depend on:

In order to be domesticated, animals must also have these 6 main things in common:

Put all these 6 factors together and you have a species that could conceivably be domesticated. However, if just one of these factors is missing, the species is likely to never be domesticated. Zebras, fall into this category, in a lot of ways.

“Hold on, horses were domesticated in Eurasia but humans started off in Africa, next to zebras… So why didn’t we ride out on zebras to conquer the world?” Well, you probably won’t like the answer…

It’s because zebras are horrible.

And there are so many reasons why:

“No family structure? Then what’s this?!”

Just because animals huddle in groups does not mean they are family or even friends. Humans occasionally huddle in groups and for the most part we hate it. The reason zebras do this? It is a survival technique (in fact, you could even apply the same concept to humans!) For zebras, there is no such thing as society. If one gets caught, the rest don’t care.

So, since they have to fend off these apex predators on a daily basis, they learnt to be very aggressive and to kick really, really hard. In fact, a zebra can kick a lion to death, so think about what it could do to a human. They also have a very bad habit of biting and not letting go. Add all this together, and try taking a zebra its food whilst trying to domesticate it and you’re in for an unpleasant surprise.

Anyway, aside from all that, zebras are simply too small to ride!

Zebras backs aren’t evolved to allow a human to ride a long, let alone to carry cargo or even saddle them. so, even if zebras were the nicest animals on the planet, we’d just cause them pain by riding them. This is not to say that there is no such thing as a tame zebra, just that they are not a domesticated species. Take a look at Walter Rothschild:

He used to ride around in a carriage pulled by his train of zebras in Edwardian London. Plus, there’s another guy named Bill Turner who’s been known to ride his zebra around Dorset. Apparently, it’s back is stronger than usual which allows it to comfortably saddle a human.

So, as pretty as you may think zebras are, unfortunately they are not pretty inside.